This is an extract of an essay I wrote for my uni work, I really enjoyed reasearching it and I hope that comes across in the writing.
I visited Culloden Battlefield, Inverness Library and Inverness Archive Centre in trying to find information on this. The essay took a turn and became more about Lord Lovat than I intended.

Clan Fraser are a somewhat influential family, especially in my immediate area; Beauly and its surrounds. Their familial history is interesting and varied, from the continually swapping royal allegiances to the clan leaders continually narrowly escaping death. The clan has regained some fame in recent years with the dramatisation of Cross Stitch by Diana Gabaldon, more famously known as Outlander. James “Jamie” Alexander Malcolm MacKenzie Fraser is the “tamed savage” and hero of the series[10]. Another link is that Simon Fraser, 11th Lord Lovat is written as Jamie Fraser’s grandfather [13] mixing the real and the imagined worlds.
There is also a recent and growing interest in the involvement of Scotland’s wealthy families in the transatlantic slave-trade, the Frasers played a role here too, as we will see later.

Who are The Frasers?

The Frasers are a clan of Norman origin, their name originating from either Frizel or Frasele, which was derived from Fraise, in French, meaning Strawberry.[1]
In 1333, at the Battle of Hallidon Hill, all of the Fraser brothers were killed [4]. Andrew and Sir James Fraser had no heirs leaving Sir Simon Fraser with the sole remaining lineage. His grandson Hugh Fraser, born 1367, was 1st Laird of Lovat.[4]
Sir Alexander Fraser of Philorth, born 1537, founded the town of Fraserburgh [2,3] on the site of Faithlie. This then became a free port and burgh.
Frasers of Lovat and Frasers of Philorth are two separate Fraser clans with the Lovat Frasers being a junior clan, and both are separately recognised by Lord Lyon.[9]
The Fraser motto of “Je Suis Prest”, meaning ‘I Am Ready’, is unusual for the region as it was more common to have a Gaelic or Latin motto. [11]

Life and Inevitable downfall of The Old Fox

Simon Fraser 11th Lord Lovat, born 1667, was a Gàidhlig speaker and attended Inverness Grammar School. He was able to speak in French, Latin and English[5] He later attained a Master of Arts at the University of Aberdeen (King’s College), graduating in 1695. [6]
He was nicknamed The Fox or The Old Fox, sources vary [4,6], owing to his ability to swap allegiances and sit on the fence in order to maintain power.
As a result of clan rivalry with Clan Murray and petitioning to the courts, Fraser was outlawed in 1698 and convicted of rebellion, a capital crime, because of a failure to appear in court to defend charges of ‘forced marriage and rape’ and ‘raising men in arms and resisting the King’s forces’. [12]
Whilst in exile, in 1699, Simon gained the title of Lord Lovat as his father, Thomas 10th Lord Lovat, died in Dunvegan Castle.[4,6]

In 1699, Simon travelled to London on the advice of Archibald Campbell, 10th Earl of Argyll, to receive a pardon from King William III. On reaching London, William was in Flanders, so Fraser was unable to speak to the King. None the less, Simon acknowledged King William III, a protestant, as King of England and Scotland in doing so denouncing the exiled catholic King, James II, and received an official pardon. [6, 7,21]

After being pardoned Lord Lovat headed to France to obtain an audience at King James II’s Court of Exiles in St Germain, France. [14] This was to allow him to convert to Catholicism, however King
James II was deceased in September 1701, leaving Mary of Modena as regent in the Court of Stuart. Lord Lovat is refused and told to think further on his choice to change religion. The following year he writes to the Pope, in order to expedite his conversion, who in turn grants him his wish to become a Catholic. [15]

This allows him an audience with King Louis XIV to garner funding and support for an armed coup to place James Francis Edward Stuart, also known as The Old Pretender, on the British throne. [16]

Upon accession of King George I of England, the only way for Lovat to return to Scotland was to rally troops for the King from Fraser Clansmen.

Upon his return to Inverness, Lovat found a garrison of Jacobite men, lead by Earl of Seaforth and Clan MacKenzie [6] had taken up position in Inverness Castle. Lord Lovat then besieged Inverness Castle to ensure no reinforcements could arrive to bolster the Jacobite position.
The siege of Inverness Castle was a success and MacKenzies surrendered on November 12th 1715. [20]. In the aftermath Lord Lovat was rewarded handsomely with the King restoring his lands and their income. He was also awarded Governorship of Inverness castle and with that a small militia. [6] 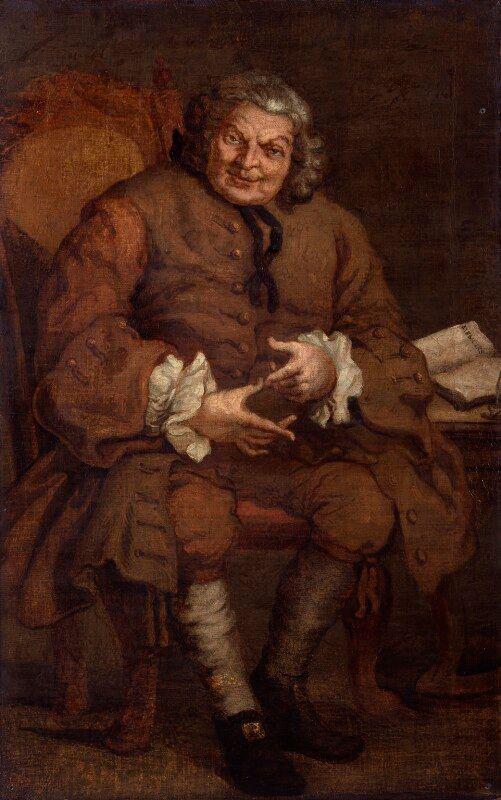 Owing to his Jacobite/Catholic sympathies and an offer of a dukedom by the Stuart court [17], Lord Lovat gathered forces for the Jacobite rising of 1745 in its attempt to put a Catholic king on the throne of Great Britain and Ireland.
The invasion plan of the 1745 Rising was very similar to the scheme that Lord Lovat had presented to King Louis XIV in 1702 in the hope of gaining financial and military support. His plan was used for the 1715 rising aswell[16], though he was on the Government side in that time. Although the proposed plan for action was his creation, and he was involved in the 1745 Rising, he did not lead it.

Prior to the Battle of Culloden in 1746, Lovat declared support for the Jacobites sending Master of Lovat Simon Fraser, his eldest son, into battle on his behalf. Prior to this he had tried to support both the Jacobites and the King through political machinations; himself writing letters of support to both the King and Jacobite leaders, allowing the opportunity to be on the winning side regardless of outcome. [18]
Because of the ill-fated night-march the Lovat Regiment arrived on the field too late to fight alongside the by then defeated Jacobite army. Lord Lovat fled the next day, travelling across Loch Ness and into the hills. [19] It is claimed he was discovered on an island in Loch Morar hiding in the hollow of a tree, his flanneled legs were visible through an opening in the trunk.[8] He was captured and taken to London to face trial for high treason. 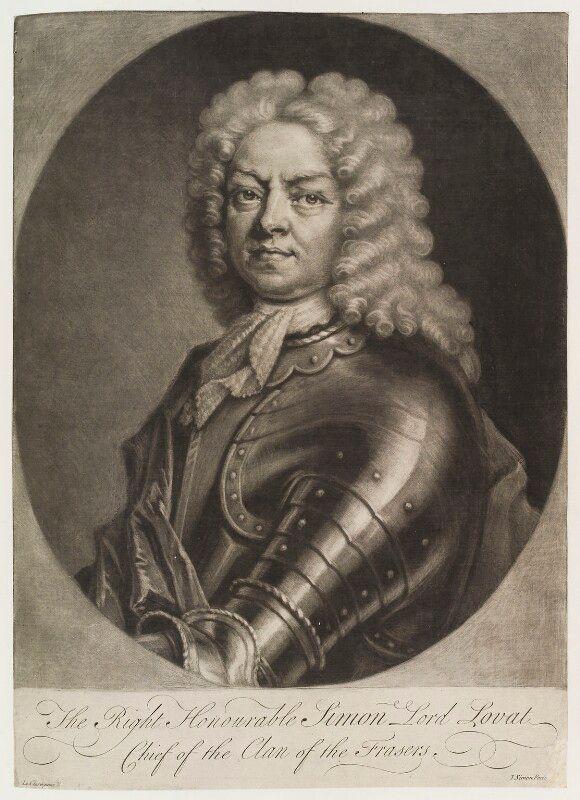 The trial began in on the 9th of March 1747 and lasted for 10 days [Fig1]. The outcome was something of a foregone conclusion and he was judged to be guilty of high treason. He was condemned to death through execution by beheading. He was executed on 9th April 1747 and was the last peer of the realm to be beheaded in Britain.[22] 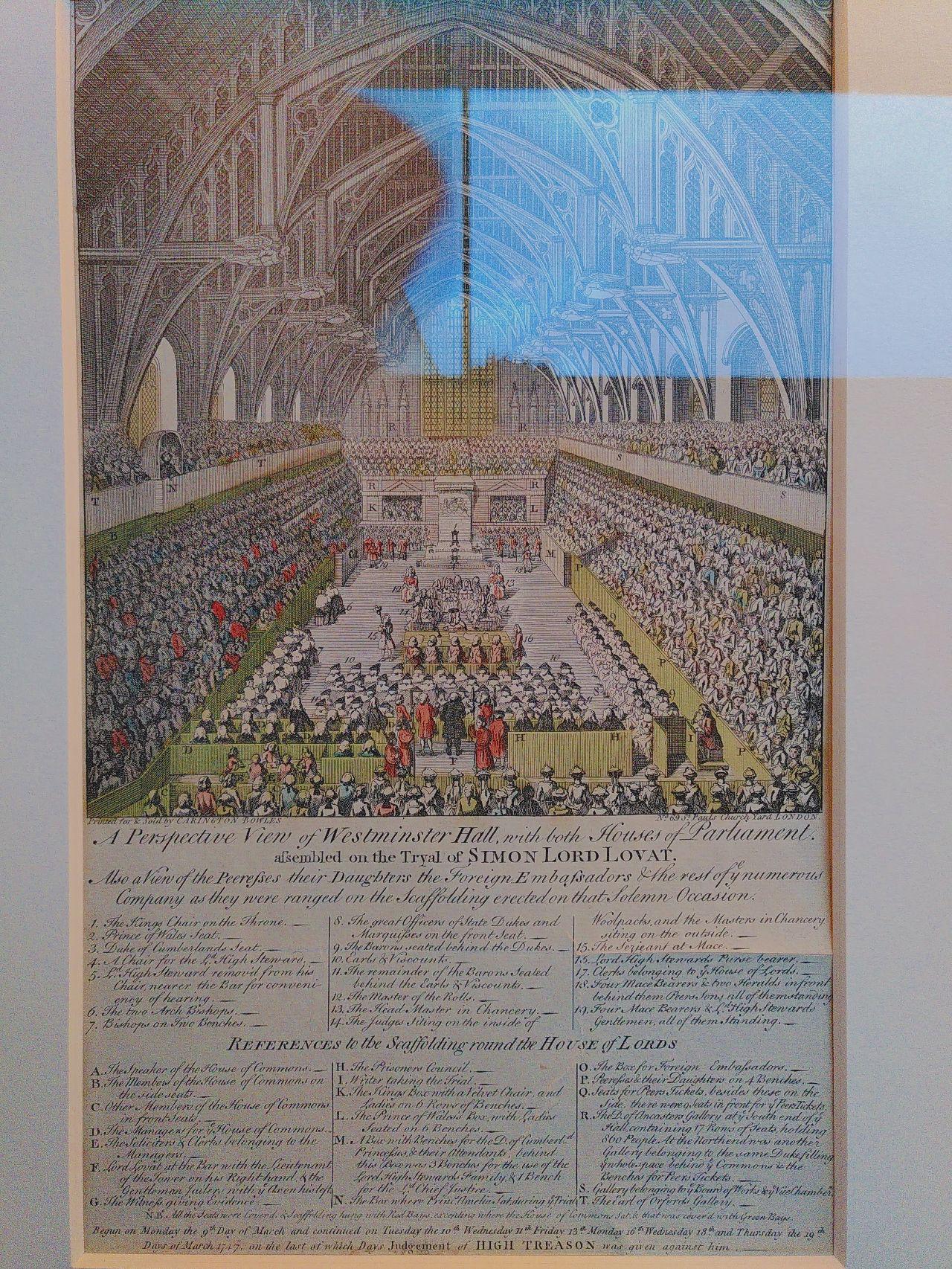 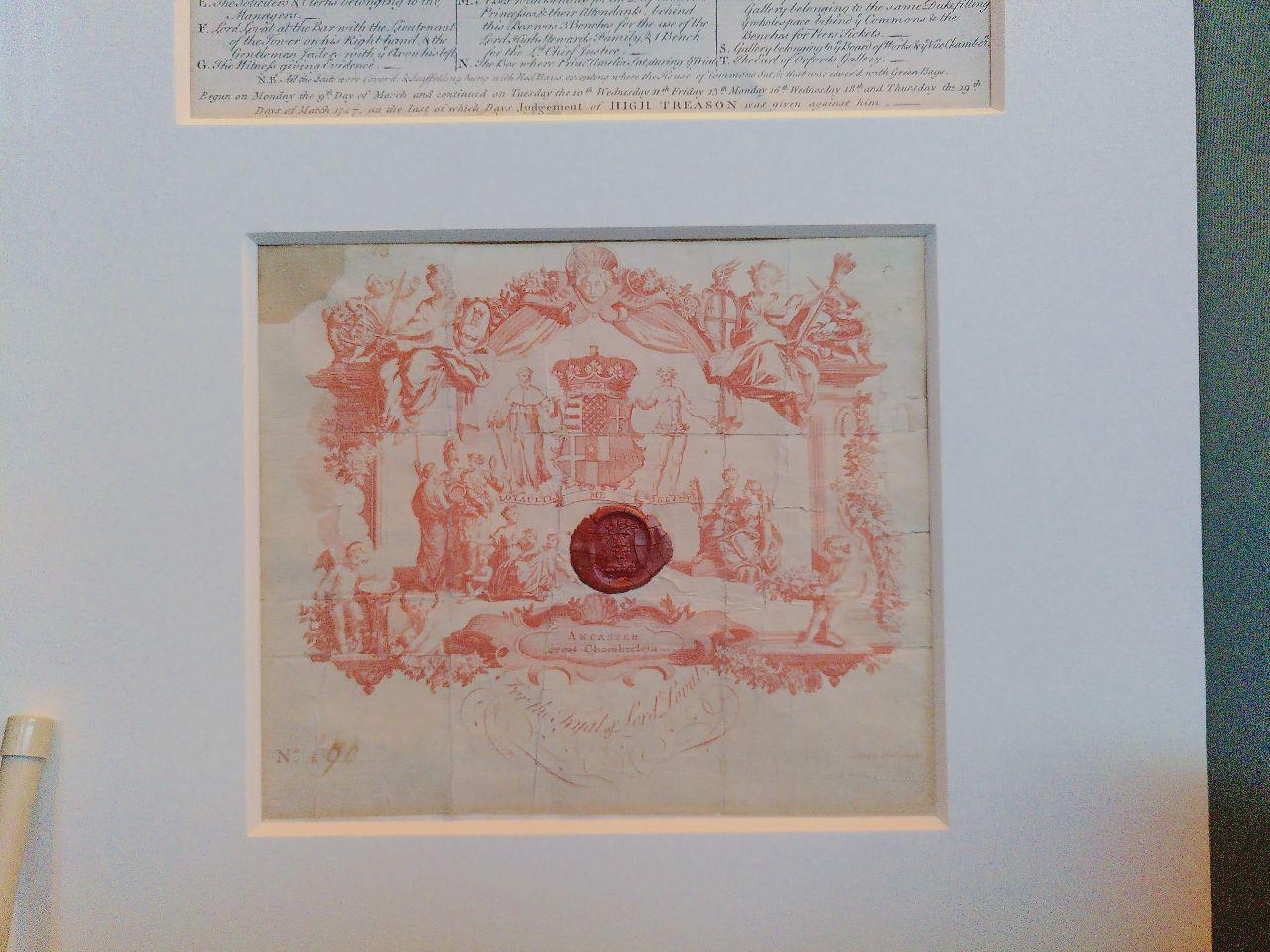 After The Old Fox

Lovat’s youngest son Archibald travelled to London to become a merchant and founded the Highland Society of London alongside his elder brother Simon [25].
Archibald Fraser, became an MP for Inverness between 1782-95 [4].
Master Simon Fraser (would be 12th Lord Lovat except for attainder [31]) hadn’t attended the Battle of Culloden, instead was late and met a retreating Evan Baillie of Abriachan who rebuked Young Simon as he crossed a Ness bridge on his way to the battle. [23] Later Young Simon mustered a regiment from his forfeited lands and headed to Halifax, Nova Scotia to battle the French in 1757. He left Nova Scotia in 1762, as Lieutenant-General, to join battle with the Portuguese army against the Spanish where he temporarily held the rank of Major-General [24, 26]. Their success rewarded Young Simon with the reinstatement of Beaufort Castle and estates in 1774, the same year he became an MP for Inverness-Shire and was made Brigadier-General [4, 26, 28]

So, that was the main chunk of it there. Kept out the bit I want to look into more for a later date. Honestly, it's mad what this guy managed to do, he was by no means a good man and certainly earned his name of The Old Fox. I think his life could easily be turned into something of a TV period epic and I would especially like to hear French spoken with a Scottish accent, that'd be pretty wild.