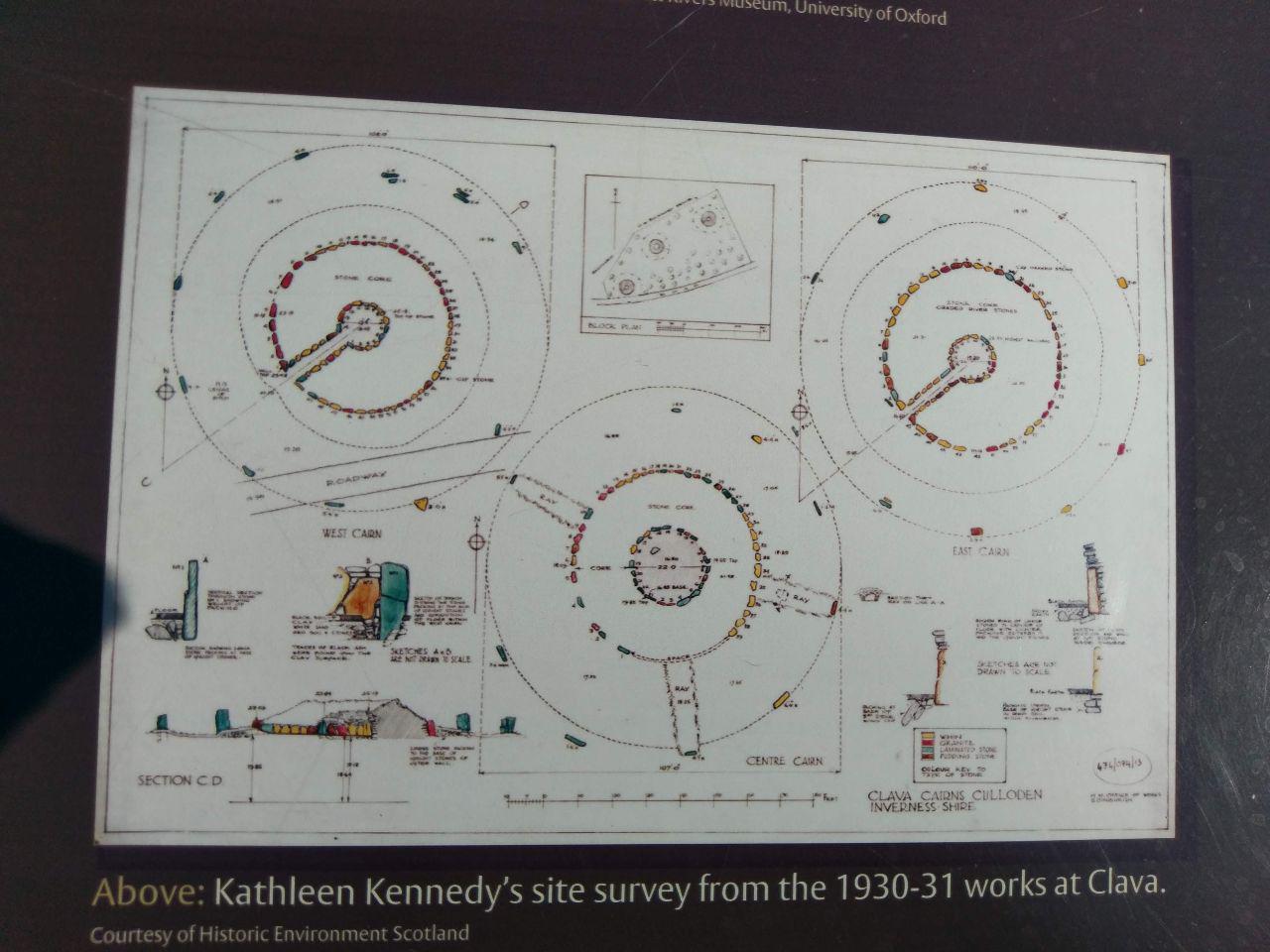 One of the information boards at the site

Interesting bits from the Balnuaran of Clava:
It was amongst the first to be given protected status, in 1828. It has multiple cairns in it; 2 with passages which point South-West and align with the sunset in mid-winter, one that is sealed (presumably the roof was sealed too but has since fallen in or had stones removed for buildings nearby) and one that is really quite wee, where they found white quartz, which seems to be of Pictish origin and kept the site in use for extended periods of time across cultures.
The central, sealed, cairn has mounds which lead to some standing stones, in a Y-shape.

Milton of Clava is quite different, though nearby.
It has 1, remaining, standing stone beside a heap of stones which cover what may have been a cairn. To the West of that lies a chapel whose outline can be clearly seen on site. There's a 3rd cairn, which is inaccessible, that during winter-solstice lines up with the setting sun alongside the other 2 cairns. The “door” to the chapel also opens on the South West corner.

The statement of significance for the site has a lot of information on the site and its importance.

Clearly winter-solstice was of massive importance to people in neolithic era as they built many many monuments that line up with the mid-winter sunset. The cairns themselves, have held importance over a very long period of time, from creation thousands of years BC up until medieval period. 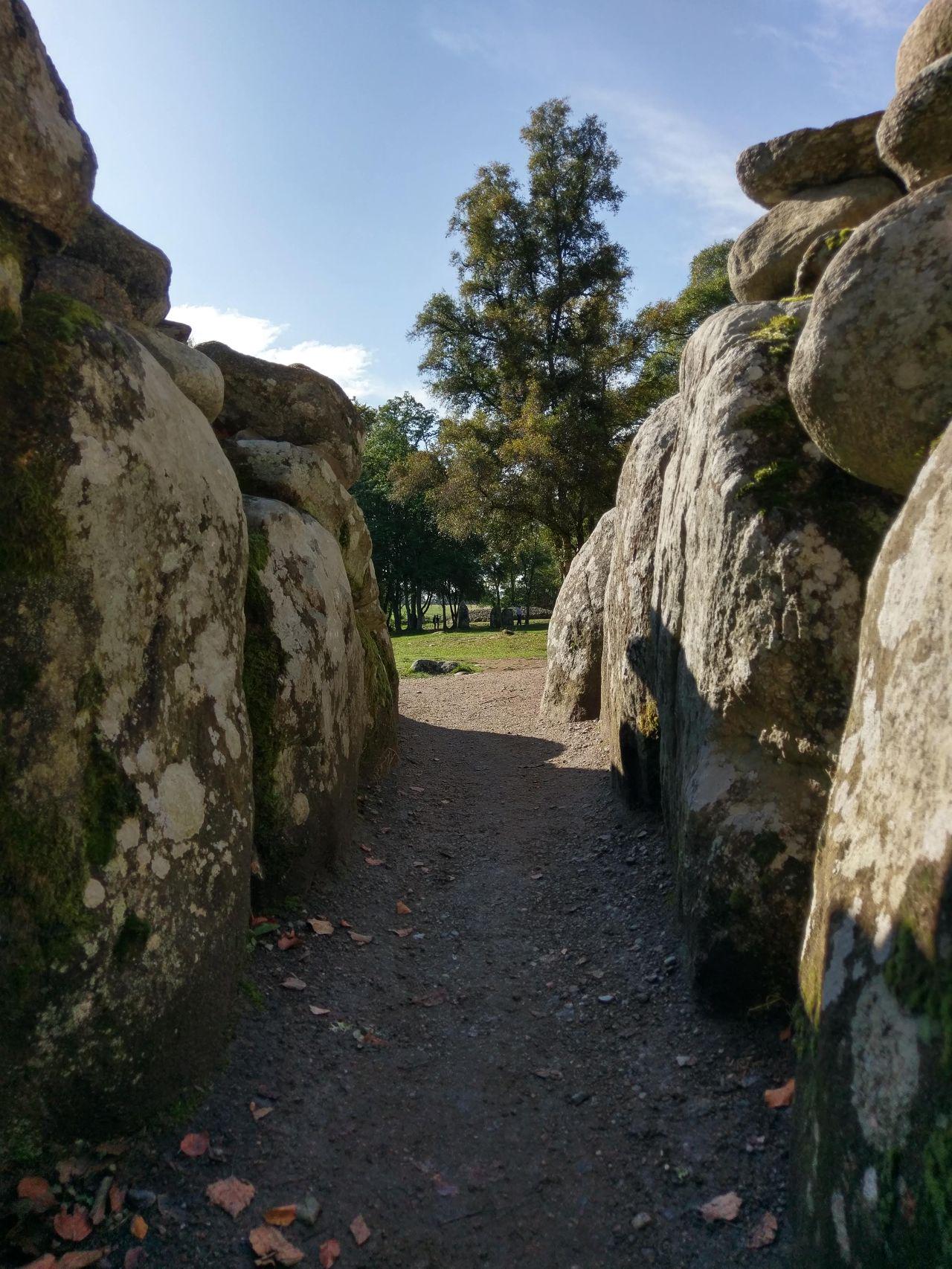 The view from inside a chambered cairn at sunset

I returned to the Clava Cairns for Winter Solstice in the hope we'd see the sun would align with the passages of the cairns, unfortnately the cloudy sky prevented any sun poking through. Maybe next year! 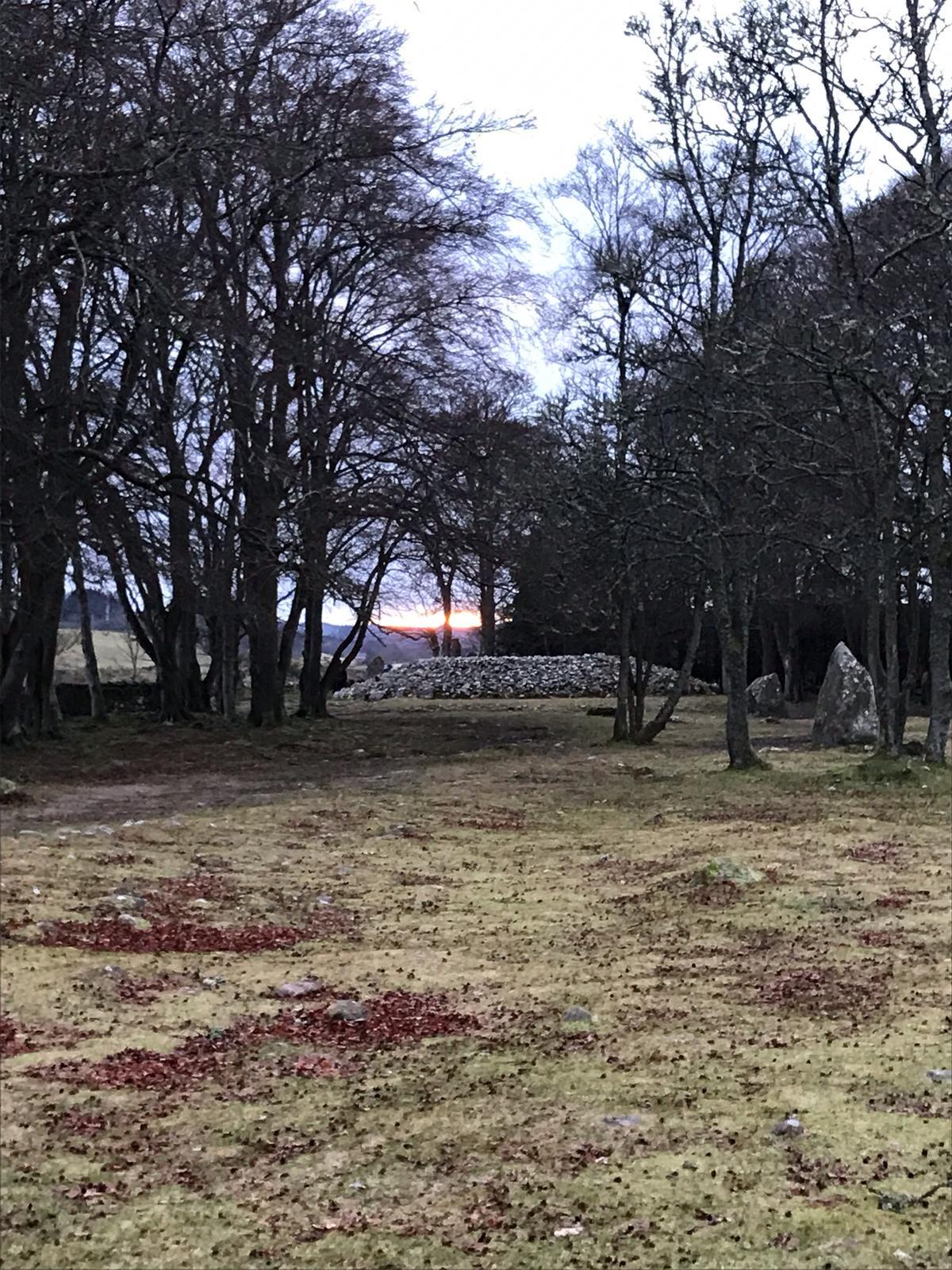 Sunset long after the sun disappeared behind the hills and clouds